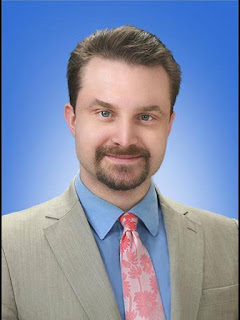 Hello and welcome to The Rob Burgess Show. I am, of course, your host, Rob Burgess.
On this, our 114th episode, our returning guest is Jonathan Fowler.
You first heard Jonathan Fowler on Episode 2, Episode 10, Episode 20, Episode 21, Episode 29, Episode 30, Episode 31, Episode 32, Episode 34, Episode 35, Episode 43, Episode 48, Episode 51, Episode 56, Episode 64, Episode 74, Episode 83, Episode 92, Episode 102, Episode 103, Episode 104, Episode 105, Episode 106, Episode 107, Episode 108, Episode 109, Episode 111 and Episode 82, also featuring fellow regular guest Ash Burgess of the podcast. Jonathan graduated with a BA in history from Indiana University in 2006. He is an unabashed left-wing political junkie. He has lived and worked in South Korea for over 10 years, trying to help the citizens of that great nation, hopefully, "talk pretty one day."
If you listened to the last four episodes you heard us talk about the first two seasons of “The Wire.” On this episode we'll be discussing up through Episode 4 of Season 3. So, consider this your blanket spoiler alert.
Join The Rob Burgess Show mailing list! Go to tinyletter.com/therobburgessshow and type in your email address. Then, respond to the automatic message.
I have a Patreon account, which can be found at www.patreon.com/robburgessshowpatreon. I hope you'll consider supporting in any amount.
Also please make sure to comment, follow, like, subscribe, share, rate and review everywhere the podcast is available, including iTunes, YouTube, SoundCloud, Stitcher, Google Play Music, Facebook, Twitter, Internet Archive, TuneIn and RSS.
The official website for the podcast is www.therobburgessshow.com.
You can find more about me by visiting my website, www.thisburgess.com.
If you have something to say, record a voice memo on your smartphone and send it to therobburgessshow@gmail.com. Include “voice memo” in the subject line of the email.


And here is a YouTube playlist of the songs we discussed in this episode:

Posted by The Rob Burgess Show at 5:48 AM