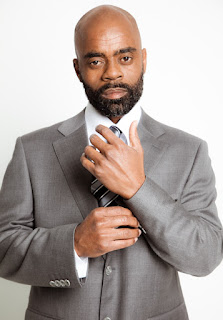 I am experimenting with being otherwise ad-free, and I have instead created a Patreon account, which can be found at www.patreon.com/robburgessshowpatreon. Check out the podcast's homepage at www.therobburgessshow.com. Check out my website at www.thisburgess.com.
Hello and welcome to The Rob Burgess Show. I am, of course, your host, Rob Burgess.
On this, our 40th episode, our guest is “Freeway” Rick Ross.
I should say at this point, if you haven’t heard it yet, go back and listen to Episode 25 with guest Marc Levin. This episode will make much more sense if you do so.
I first interviewed Marc, and the subject of his documentary, “Freeway: Crack in the System,” “Freeway” Rick Ross, last year. The film premiered on Al Jazeera America and I was lucky enough to screen the film prior to its release. Here's the movie's trailer:

I first became aware of the story of “Freeway” Rick Ross in 2008 when it was revealed that not only was the rapper calling himself Rick Ross was actually named William Roberts, but Roberts had also been a correctional officer in Florida. I then went on to read the late Pulitzer Prize-winning journalist Gary Webb's seminal series, “Dark Alliance,” in which he connected the dots between Ross, who was being supplied with cocaine by Nicaraguans raising money for the Central Intelligence Agency -backed Contras through drug sales. (Webb's story was also told the Jeremy Renner-starring dramatic film “Kill the Messenger,” based on the book of the same name.) July 21, Levin's film, was nominated for an Emmy award in the Outstanding Investigative Journalism: Long Form category.
According to the Oakland Tribune, “In the course of his rise, prosecutors estimate that Ross exported several tons of cocaine nationally, and made more than $600 million in the process. Counting inflation its $1.6 billion comparing 1986 to 2010.” Now, he has applied the passion that helped him build an empire to helping the youth, Ross has been given a second chance to uplift his community by giving back through mentoring and sharing his story. He plans to inspire many of today’s youths to achieve their greatest successes without following in his footsteps.
Recognized as a pawn in the CIA drug game, Ross was a pioneer in the crack cocaine trade in Los Angeles, as well as other parts of the U.S. A renowned drug dealer, Ross harvested millions as an unknowing participant of CIA and Drug Enforcement Agency operatives, who provided him with unlimited amounts of cocaine.
As a youth, Ross moved to South Central Los Angeles with his mother with the intent of playing tennis. He pursued a scholarship while attending high school. Unfortunately, his coach would later find out he was illiterate and removed him from the school. Ross then attended Los Angeles Trade Technical College and again pursued tennis, reaching the third spot on the team. Shortly after, at the early age of 19, Ross said a teacher, who taught at a job center, turned him on to cocaine. Because he looked up to him, Ross started selling cocaine for him. The money was good so he ended up starting his own business. His operation grew and he soon became one of the biggest cocaine dealers in South Central.
During the height of his drug dealing, Ross was said to have made $2 million to $3 million a week. In 1996, he was sentenced to life imprisonment after being convicted of trying to purchase more than 100 kilograms of cocaine from a federal agent. Ross became the subject of controversy later that year when Webb’s “Dark Alliance” series brought to light a connection between one of Ross’s cocaine sources, Danilo Blandon, and the CIA as part of the Iran-Contra scandal. The decision in his case was brought to a federal court of appeals where his sentence was reduced to 20 years and then reduced further for being a model inmate. He was then moved to a halfway house in California in the spring of 2009 where he was released on Sept. 29, 2009.
And now, onto the show:

Posted by The Rob Burgess Show at 5:33 PM No comments: 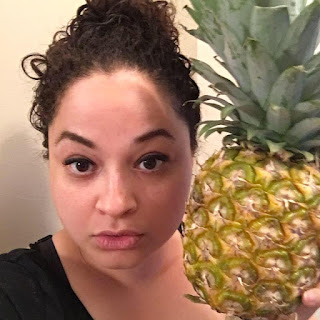 This is normally the time I’d tell you about our sponsor. But, because I want to experiment with being otherwise ad-free, I have instead created a Patreon account, which can be found at www.patreon.com/robburgessshowpatreon. Check out the podcast's homepage at www.therobburgessshow.com. Check out my website at www.thisburgess.com.
Hello and welcome to The Rob Burgess Show. I am, of course, your host, Rob Burgess.
On this, our 39th episode, our guest is Ash Burgess.
You first heard Ash Burgess on Episode 16, Episode 26 and Episode 27 of the podcast.
Ash Burgess has a dusty degree in Religious Studies, an obsession with pineapples and an appetite for both high and low culture. She cuts her own hair, bakes her own sourdough bread and spends most of her time at home with her young son. Sometimes, she blogs at burgessbaby.blogspot.com.
And now, on to the show.

Here is a playlist of all the songs mentioned on this week's episode:


And here are the photo and video pregnancy announcements discussed in this week's episode: 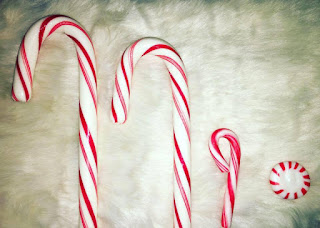 
Watching people meltdown over a Black Santa in the Mall of America. "Santa is white!" Well, in our internment camp he was Asian. So there.
— George Takei (@GeorgeTakei) December 3, 2016

Author Sara Gruen's statement on her Hatchimals scandal: http://www.saragruen.com/SaraGruenStatement.pdf
Here is the sad letter from Santa you're supposed to give your children if you fail to get them a Hatchimal: http://www.kijiji.ca/v-toys-games/city-of-halifax/hatchimals-letter-from-santa/1216257965?siteLocale=en_CA&utm_source=pinterest&utm_medium=social&utm_campaign=socialbuttons&utm_content=vip

"This American Life" - Episode 603: "Once More With Feeling":
https://www.thisamericanlife.org/radio-archives/episode/603/once-more-with-feeling?act=0#play

Posted by The Rob Burgess Show at 6:28 AM No comments: 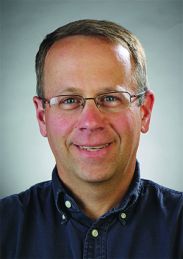 Today's podcast is brought to you by audible.com – get a FREE audiobook download and 30 day free trial at www.audibletrial.com/TheRobBurgessShow. Over 250,000 titles to choose from for your iPhone, Android, Kindle or mp3 player. Check out the podcast's homepage at www.therobburgessshow.com. Check out my website at www.thisburgess.com.


Hello and welcome to The Rob Burgess Show. I am, of course, your host, Rob Burgess.


On this our 38th episode our guest is Robert Cohen. Robert Cohen is a community photojournalist for the St. Louis Post-Dispatch. He can be found in schools, at parades, in restaurants and on baseball fields, or wherever a story about St. Louis and its people asks to be told. Cohen’s images of unrest following the police shooting of Michael Brown in Ferguson, Missouri, were part of the 2015 Pulitzer Prize in Breaking News Photogra­phy awarded to the photo staff. He has been a finalist for the prize twice – in 2010 for feature photography for a body of work about suburban homelessness, and in 2009 for breaking news reporting as a member of the team covering a city hall shooting. He has been named eight times as Regional Photographer of the Year by the National Press Photographer’s Association and is a member of the Scripps-Howard Editorial Hall of Fame. A graduate of the University of Texas at Austin, he began his career at the tiny Sun-Tattler newspaper in Hollywood, Florida, now home to a Holiday Inn. 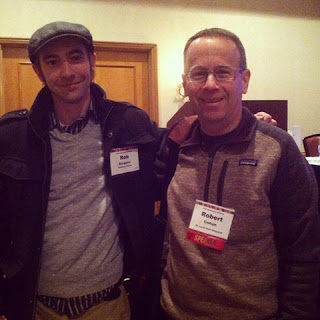 I had the honor of meeting Robert on Saturday at the Indianapolis Marriott North during the 50th Annual Hoosier State Press Association Newsroom Seminar and Better Newspaper Contest Awards Luncheon. I attended his presentation, “Capturing Moments In Time When Time and Moments Are More Fleeting Than Ever,” which was described this way: “Today’s visual journalists are pulled in so many different directions, that our core mission of reaching readers with captured moments of time is eroding. Robert will talk about wearing too many hats and the pitfalls of navigating that new reality."
One final note: Since Robert is a photographer; most of what we’ll be talking about will involve his amazing photographs. I’ve provided links to these on the show’s website page for this episode if you want to see what we’re talking about.
And now, on to the show.
Here are links to the things we discussed during this episode:
Newseum app on iTunes: https://itunes.apple.com/us/app/newseum/id1151471344?ls=1&mt=8
"Shooting the final roll of Kodachrome at the Missouri State Fair" - St. Louis Post-Dispatch - Aug. 22, 2010: http://www.stltoday.com/news/local/metro/shooting-the-final-roll-of-kodachrome-at-the-missouri-state/article_ad32e87d-29d3-5427-84b9-34e73b6900e6.html
Mannequin sale - Aug. 10, 2014: https://twitter.com/kodacohen/status/498520426796949505
"Criminal" podcast - Episode 32: "It Looked Like Fire" - Dec. 11, 2015: http://thisiscriminal.com/episode-32-it-looked-like-fire-12-11-2015/
"The 2015 Pulitzer Prize-winning photographs from the St. Louis Post-Dispatch" - St. Louis Post-Dispatch - April 20, 2015: http://www.stltoday.com/news/local/metro/the-pulitzer-prize-winning-photographs-from-the-post-dispatch/collection_7a5793c3-9a55-534c-b84a-a27d6d08ef5f.html
"St. Louis County police officer killed in South County; teen faces murder charge" - St. Louis Post-Dispatch - Oct. 7, 2016: Story: http://www.stltoday.com/news/local/crime-and-courts/st-louis-county-police-officer-killed-in-south-county-teen/article_03411a71-395f-54a5-a070-7547db03c964.html Photo: http://bloximages.newyork1.vip.townnews.com/stltoday.com/content/tncms/assets/v3/editorial/3/59/359bd35d-1215-5041-9cd7-a169426b8975/57f70ff648e41.image.jpg?resize=1200%2C800
"Paralyzed: Two St. Louis area officers embark together on recover" - St. Louis Post-Dispatch - Nov. 14, 2016: http://www.stltoday.com/news/local/crime-and-courts/paralyzed-two-st-louis-area-officers-embark-together-on-recovery/article_e0a9f32a-0595-5aff-9594-3c48c372159b.html
"Mizzou protestors thwart media coverage" - St. Louis Post-Dispatch - Nov. 10, 2015: http://www.stltoday.com/news/local/education/mizzou-protesters-thwart-media-coverage/article_0774d08d-917a-5f87-a0f1-a0152cb1a1d0.html
Posted by The Rob Burgess Show at 8:45 AM No comments: 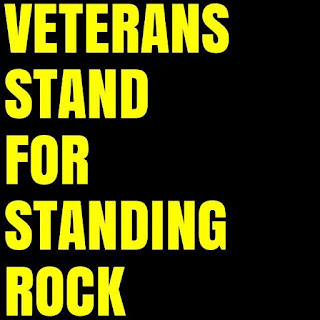 Today's podcast is brought to you by audible.com – get a FREE audiobook download and 30 day free trial at www.audibletrial.com/TheRobBurgessShow. Over 250,000 titles to choose from for your iPhone, Android, Kindle or mp3 player. Check out the podcast's homepage at www.therobburgessshow.com. Check out my website at www.thisburgess.com.
Hello and welcome to The Rob Burgess Show. I am, of course, your host, Rob Burgess.
On this our 37th episode our guest is Ashleigh Jennifer Parker. Ashleigh Jennifer Parker, a U.S. Coast Guard veteran, is the head of press and media for Veterans Stand for Standing Rock.
And now, on to the show.

Here is the link to the GoFundMe page mentioned in this episode: https://www.gofundme.com/veterans-for-standing-rock-nodapl
Here is the group's Twitter page: https://twitter.com/VeteranStand
Posted by The Rob Burgess Show at 8:36 AM No comments: