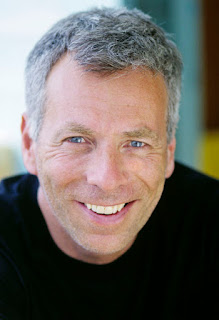 Today's podcast is brought to you by audible.com - get a FREE audiobook download and 30 day free trial at www.audibletrial.com/TheRobBurgessShow. Over 250,000 titles to choose from for your iPhone, Android, Kindle or mp3 player.
Hello and welcome to The Rob Burgess Show. I am, of course, your host, Rob Burgess.
On this, our 25th episode, our guest is Marc Levin.
But, before we get to that, I need to take a moment to tell you about our sponsor.
For you, the listeners of The Rob Burgess Show podcast, Audible is offering a free audiobook download with a free 30-day trial to give you the opportunity to check out their service.
I usually only recommend one book each episode, but this time I have three:
"Dark Alliance: The CIA, the Contras, and the Crack Cocaine Explosion” by Gary Webb; “The Killing Game: Selected Writings by the Author of Dark Alliance” also by Gary Webb and edited by his son, Eric Webb; and “Kill the Messenger: How the CIA's Crack-Cocaine Controversy Destroyed Journalist Gary Webb” by Nick Schou. Whatever book you pick, you can exchange it at any time. You can cancel at any time and the books are yours to keep. To download your free audiobook today go to audibletrial.com/TheRobBurgessShow. Again, that's audibletrial.com/TheRobBurgessShow for your free audiobook.
Also please make sure to comment, follow, like, subscribe, share, rate and review everywhere the podcast is available. Whether it's iTunes, YouTube, SoundCloud, Stitcher, Google Play Music, Facebook, Twitter, Internet Archive, TuneIn or RSS you can find links to everything on the official website, www.therobburgessshow.com. You can also find out more about me by visiting my website, www.thisburgess.com.
Marc Levin is an award winning independent filmmaker who brings narrative and verite techniques together in his feature films, television series and documentaries. Among the many honors for his work, he has won the Grand Jury Prize at the Sundance Film Festival, the Camera D'Or at Camera D'Or, three National Emmys and four duPont-Columbia Awards. He is the director of such feature films such as “Slam,” Whiteboyz” and “Brooklyn Babylon,” and documentary films such as “CIA: America's Secret Warriors,” “Protocols of Zion” and, most recently, “Class Divide.” He also directed the television series “Brick City” and “Chicagoland,” an episode of “The Blues,” titled “Godfathers and Sons”; and three episodes of “Law and Order.”
I first interviewed Marc, and the subject of his documentary, “Freeway: Crack in the System,” “Freeway” Ricky Ross, last year. The film premiered on Al Jazeera America and I was lucky enough to screen the film prior to its release. Here's the movie's trailer:

I first became aware of the story of “Freeway” Ricky Ross in 2008 when it was revealed that not only was the rapper calling himself Rick Ross was actually named William Roberts, but Roberts had also been a correctional officer in Florida. I then went on to read the late Pulitzer Prize-winning journalist Gary Webb's seminal series, “Dark Alliance,” in which he connected the dots between Ross, who was being supplied with cocaine by Nicaraguans raising money for the CIA-backed Contras through drug sales. (Webb's story was also told the Jeremy Renner-starring dramatic film “Kill the Messenger,” based on the book of the same name.)
July 21, Levin's film, “Freeway: Crack in the System,” was nominated for an Emmy award in the Outstanding Investigative Journalism: Long Form category. The winners will be announced during the awards ceremony Sept. 21 in New York City.
And now, on to the show.

Posted by The Rob Burgess Show at 3:06 PM