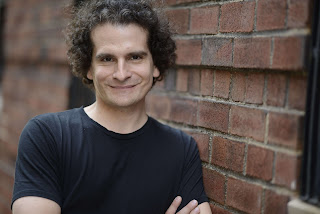 Carlos Dengler is a freelance actor, musician, writer, and filmmaker living in New York City.
Carlos is completing post-production on a festival-bound short film called Iowa. He wrote, directed and starred in the film, along with composing the score and editing. It is based on characters from Charles D’Ambrosio’s short story “The Scheme of Things.”
He has written for n+1, Seven Stories Press and is working with Foundry Literary + Media on writing his first memoir. He performed a critically acclaimed one person show for NY Fringe Festival in 2016, entitled Homo Sapiens Interruptus and guest performed with the Late Night with Seth Meyers house band. Carlos worked with director Terry Kinney at Lincoln Center Theater in 2016 and performed with Da Camera of Houston portraying Marcel Proust in a devised theatre piece with music in 2017.
He received an MFA from NYU Grad Acting in 2015 and was the founding bass player and keyboardist for the band Interpol from 1997 to 2010.
Carlos is currently developing an experimental monologue called The Importance of Ernest, loosely based on the similarly titled play by Oscar Wilde.
Carlos is also an avid backpacker and amateur nature photographer. He has a Flickr album full of photos from all of his adventures and a recently edited hiking video on Vimeo shot entirely on his iPhone in the White Mountains of New Hampshire. He has raised money for the Fresh Air Fund on GoFundMe through his backpacking adventures.

And here's a YouTube playlist of all the episodes featuring Carlos Dengler: