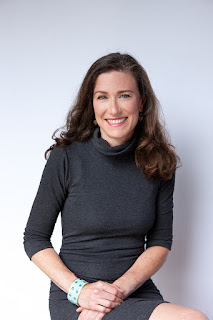 Hello and welcome to The Rob Burgess Show. I am, of course, your host, Rob Burgess. On this, our 113th episode, our guest is Amy Siskind.
Amy Siskind is a national spokesperson, writer and expert on helping women and girls advance and succeed. A former Wall Street executive, she’s President and Co-founder of The New Agenda, a national organization working on issues including economic independence and advancement, gender representation and bias, and campus sexual assault. Amy’s advocacy for equality now occurs alongside her mission as one of the most thorough and vocal observers of our failing-but-not-yet-failed democracy.
In the immediate aftermath of Donald Trump’s election as president, Amy began compiling a list of actions taken by the Trump regime that pose a threat to our democratic norms. Under the headline “Experts in authoritarianism advise to keep a list of things subtly changing around you, so you’ll remember” Siskind’s “Weekly List” began as a project she shared with friends, containing less than 10 items, but it soon went viral, and now has more than half a million viewers and upwards of one hundred entries each week. Even as the "The Weekly List" grew in size, the themes remained consistent: Trump fanned the flames of hate, worked to silence dissent and intimidate the opposition, and alienated our world allies and cozied up to authoritarians. “The Weekly List” is now being archived by the Library of Congress.
Compiled in one volume for the first time, “The List” is a first draft history and a comprehensive accounting of Donald Trump’s first year. Beginning with Trump’s acceptance of white supremacists the week after the election and concluding a year to the day later, we watch as Trump and his regime chips away at the rights and protections of marginalized communities, of women, of us all, via Twitter storms, unchecked executive action, and shifting rules and standards. “The List” chronicles not only the scandals that made headlines, but, just as important, the myriad smaller but still consequential unprecedented acts that otherwise fall through cracks.
When she’s not working on the lists, Amy spearheads The New Agenda’s annual events, and speaks on college campuses and to young professional women about economic empowerment and strategies for success. She serves on Cornell University’s highly prestigious President’s Council of Cornell Women and Cornell University Council, and was recently honored by the Westchester County Legislators for her LGBTQ advocacy.
On Wall Street, Amy was a pioneer in the distressed debt trading market. She became the first female Managing Director at Wasserstein Perella at the age of 31, and later ran trading departments at Morgan Stanley and Imperial Capital, where she was also a partner. She received a BA in Economics from Cornell University and a MBA in Finance and International Business from the NYU Stern School of Business.
Amy lives outside New York City with her children and famous dogs, Arleen and Shep (both named after her former Wall Street colleagues).
Join The Rob Burgess Show mailing list! Go to tinyletter.com/therobburgessshow and type in your email address. Then, respond to the automatic message.
I have a Patreon account, which can be found at www.patreon.com/robburgessshowpatreon. I hope you'll consider supporting in any amount.
Also please make sure to comment, follow, like, subscribe, share, rate and review everywhere the podcast is available, including iTunes, YouTube, SoundCloud, Stitcher, Google Play Music, Facebook, Twitter, Internet Archive, TuneIn and RSS.
The official website for the podcast is www.therobburgessshow.com.
You can find more about me by visiting my website, www.thisburgess.com.
If you have something to say, record a voice memo on your smartphone and send it to therobburgessshow@gmail.com. Include “voice memo” in the subject line of the email.

Posted by The Rob Burgess Show at 3:54 AM