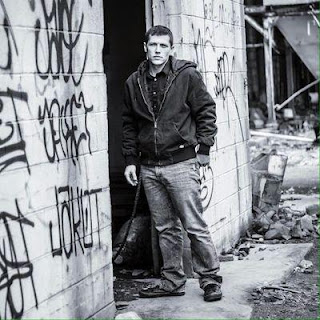 Today's podcast is brought to you by audible.com - get a FREE audiobook download and 30 day free trial at www.audibletrial.com/TheRobBurgessShow. Over 180,000 titles to choose from for your iPhone, Android, Kindle or mp3 player.
Hello and welcome to The Rob Burgess Show. I am, of course, your host, Rob Burgess.
On this, our 18th episode, our returning guest is Michael A. Wood Jr.
But, before we get to that, I need to take a moment to tell you about our sponsor.
For you, the listeners of The Rob Burgess Show podcast, Audible is offering a free audiobook download with a free 30-day trial to give you the opportunity to check out their service.
A book I would personally recommend that pertains to this episode is “The Art of Empathy: A Training Course in Life's Most Essential Skill” written and read by Karla McLaren. Whatever book you pick, you can exchange it at any time. You can cancel at any time and the books are yours to keep.
To download your free audiobook today go to audibletrial.com/TheRobBurgessShow. Again, that's audibletrial.com/TheRobBurgessShow for your free audiobook.
Please consider supporting those who support the show, like Audible. You'll be helping me out, and it won't cost you a thing.
Another totally free way you can help the show is to comment, follow, like, subscribe, share, rate and review everywhere the podcast is available. Whether it's iTunes, YouTube, SoundCloud, Stitcher, Google Play Music, Facebook, Twitter, TuneIn or RSS you can find links to everything on the official website, www.therobburgessshow.com. You can also find out more about me by visiting my website, www.thisburgess.com.
Back to today's show.
You first heard from Michael A. Wood Jr. on Episode 4 of the podcast. If you haven't heard that episode yet pause this episode and go back and listen to it.
Michael is a Baltimore-based police reform activist who, after spending a career in the United States Marine Corps and Baltimore Police Department, has torn down the blue wall of silence. He has become a vocal advocate of a new era of civilian-led policing. While completing his doctorate studies, Michael works as much as possible with grassroots activism on the streets of Baltimore, where his most valuable lessons were learned, and makes media and speaking appearances to further the discussion on police reform and the needs of the people.
You can find him on Facebook and Twitter. You can find his website at michaelawoodjr.net. He is also a speaker for Law Enforcement Against Prohibition. Their website can be found at leap.cc
Here's the GoFundMe page for Radio Revolver, the podcast network you'll hear Michael A. Wood Jr. discuss on today's episode: https://www.gofundme.com/RadioRevolver
Here is the petition to hire Michael as Oakland, California or San Francisco, California Police Chief we discussed on today's episode: http://petitions.moveon.org/sign/hire-michael-a-wood-jr
A quick programming note: In the 48 hours between when we recorded this on Wednesday and when it's dropping today, on Friday, the following news broke: Alton Sterling was killed by police on video in Baton Rouge, Louisiana. Philando Castile was killed by police on video in Falcon Heights, Minnesota. Five police officers were killed and seven were injured by a shooter in Dallas, Texas. You won't hear Michael and I discuss any of these incidents in this episode, but rest assured, the next time he's on we'll get to all of them. Still, this conversation is very relevant.
And now, on to the show.


And here's the Joe Rogan Experience podcast you'll hear mentioned in this episode:

Posted by The Rob Burgess Show at 8:29 AM