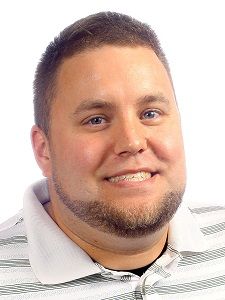 On this our 201st episode, our returning guest is Josh Sigler.

Josh Sigler grew up in Tipton, Indiana, where he was a 2002 honors graduate of Tipton High School. He earned his bachelor's degree in media studies and organizational communication from Manchester University in 2006, and served as a community affairs intern at WTHR Channel 13-Indianapolis during his senior year. He’s worked for various publications over a 15-year career as a journalist, including the Kokomo Tribune and the Wabash Plain Dealer. He earned the Hoosier State Press Association (HSPA) award for best sports feature in 2015, and has won various other awards during his career from the HSPA and the Associated Press. During his six years at the Kokomo Tribune, Sigler was an AP football pollster and his work has appeared in publications such as the South Bend Tribune, the Hartford Courant and the San Antonio Express-News.