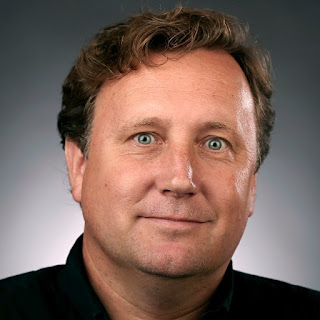 Hello and welcome to The Rob Burgess Show. I am, of course, your host, Rob Burgess.
On this, our 60th episode, our guest is David Carson.
David Carson is a Pulitzer Prize winning photographer for the St. Louis Post-Dispatch.
He began his career at 16 when his mother drove him to his first newspaper assignment because he wouldn't have his license for another two months. A Boston area native, he has worked at the St. Louis Post-Dispatch since 2000. Before arriving in the Midwest he worked at the Naples Daily News in Florida, at the Providence Journal-Bulletin in Rhode Island, and as a freelance photographer in New England.
Carson’s images are featured extensively in the 2015 Pulitzer Prize for Breaking News Photography that was awarded to the St. Louis Post-Dispatch photo staff. (And if you haven’t heard Episode 38 of this podcast with David’s colleague at the Post-Dispatch, Robert Cohen, I would recommend it.) David has also won numerous other awards for his work over the years. In 2008, his multimedia project "Reporting for Duty" won a regional Emmy award for Advanced Media – Interactivity. In 2009 he was part of a team that was recognized as a finalist for the Pulitzer Prize in the "Breaking News Reporting" category for their coverage of the Kirkwood City Hall shootings. He also was named the National Press Photographers Association Region 7 Photographer of the Year in 2011, 2010 and 2009.
He attended college at the Rochester Institute of Technology where he was a photojournalism major and international relations minor.
If you enjoy this podcast, there are several ways to support it.
I have a Patreon account, which can be found at www.patreon.com/robburgessshowpatreon. I hope you'll consider supporting in any amount.
Also please make sure to comment, follow, like, subscribe, share, rate and review everywhere the podcast is available, including iTunes, YouTube, SoundCloud, Stitcher, Google Play Music, Facebook, Twitter, Internet Archive, TuneIn and RSS.
The official website for the podcast is www.therobburgessshow.com.
You can find more about me by visiting my website, www.thisburgess.com.
Until next time.