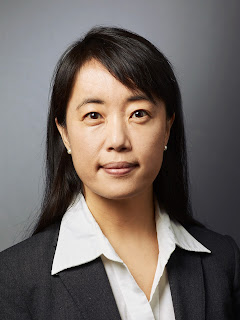 Bandy X. Lee, M.D., M.Div., is a forensic psychiatrist and violence expert who was a fellow of the National Institute of Mental Health and faculty member at Yale School of Medicine for 17 years. Since 2002, she has served as consultant to the World Health Organization (WHO) and is now president of the World Mental Health Coalition. In addition to her clinical work in correctional and public-sector settings, she was director of research for the Center for the Study of Violence, founder and director of Yale’s Violence and Health Study Group, and project leader for an academic collaborators group for the WHO. She consulted with governments on violence prevention programming internationally and within the U.S., as well as helped with prison reform, including New York City’s once-notorious Rikers Island. She designed the Global Health Studies course, “Violence: Causes and Cures,” at Yale College, which led to her textbook, “Violence: An Interdisciplinary Approach to Causes, Consequences, and Cures” (Wiley-Blackwell, 2019). She published more than 100 peer-reviewed articles and chapters, 17 edited scholarly books and journal special issues, nearly 300 op-eds, and the New York Times bestseller, “The Dangerous Case of Donald Trump: 37 Psychiatrists and Mental Health Experts Assess a President” (Macmillan, 2017 and 2019). Her latest book is “Profile of a Nation: Trump’s Mind, America’s Soul” (World Mental Health Coalition, 2020).

Near the end of the episode, we allude to, but do not address directly, a complaint filed last month by Dr. Lee against Yale University.

For background, here is part of a Tuesday, March 23 story in The Yale Daily News which you can read here:

“Bandy Lee MED ’94 DIV ’95, a formerly Yale-affiliated faculty member in the Department of Psychiatry in School of Medicine, filed a complaint against the University on Monday alleging 'unlawful termination… due to her exercise of free speech about the dangers of Donald Trump’s presidency.' University spokesperson Karen Peart declined to comment on the specifics of the case. Yale was the only named defendant.Lee’s complaint alleges that Yale fired her in response to a January 2020 tweet that characterized 'just about all' of former president Donald Trump’s supporters as suffering from “shared psychosis” and said that Alan Dershowitz, a lawyer on Trump’s legal team, had 'wholly taken on Trump’s symptoms by contagion.' Dershowitz responded to the tweet with a letter to Yale administrators, in which he complained that Lee’s tweet constituted 'a serious violation of the ethics rules of the American Psychiatric Association” and requested that she be disciplined. The legal action listed five causes, including breach of contract, breach of good faith and wrongful termination.”

The book by Alan Dershowitz I mention during this portion of the episode is titled, “Cancel Culture: The Latest Attack on Free Speech and Due Process,” and was published Nov. 17, 2020.

And the Netflix documentary featuring Dershowtiz that I also mentioned is titled, “Jeffrey Epstein: Filthy Rich” and is available on Netflix.

Posted by The Rob Burgess Show at 8:24 AM