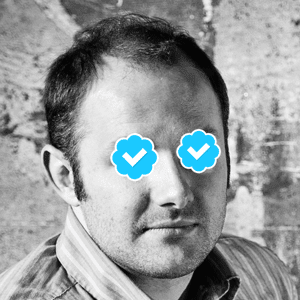 Hello and welcome to The Rob Burgess Show. I am, of course, your host, Rob Burgess.
On this, our 152nd episode, our guest is Matt Bors.
Matt Bors is a nationally syndicated editorial cartoonist and editor based in Portland, Oregon. He is the founder of the comics site The Nib and previously worked at Medium. Bors was a 2012 Pulitzer Prize Finalist for his political cartoons, which appear regularly in The Nation, Portland Mercury, and on Daily Kos and Foreign Policy.
His work has been published by CNN, The Guardian, The Intercept, Upworthy, Village Voice and dozens of other print and web publications. He also edited comics for NSFW corp magazine and Cartoon Movement.
In 2012, Bors was the recipient of the Herblock Prize and the Society of Professional Journalists’ Sigma Delta Chi Award for his editorial cartooning.
His first graphic novel, War Is Boring, a collaboration with journalist David Axe, was published in 2010 by New American Library.

Join The Rob Burgess Show mailing list! Go to tinyletter.com/therobburgessshow and type in your email address. Then, respond to the automatic message.
Also please make sure to comment, follow, like, subscribe, share, rate and review everywhere the podcast is available, including iTunes, YouTube, SoundCloud, Stitcher, Google Play Music, Twitter, Internet Archive, TuneIn, RSS, and, now, Spotify.
The official website for the podcast is www.therobburgessshow.com.
You can find more about me by visiting my website, www.thisburgess.com.If you have something to say, record a voice memo on your smartphone and send it to therobburgessshow@gmail.com. Include “voice memo” in the subject line of the email.
Also, if you want to call or text the show for any reason, the number is: 317-674-3547.

Posted by The Rob Burgess Show at 2:14 PM