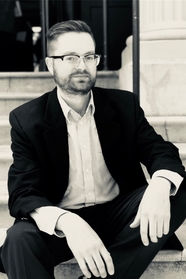 Hello and welcome to The Rob Burgess Show. I am, of course, your host, Rob Burgess.
On this, our 125th episode, our returning guest is Bradley W. Hart.
Bradley W. Hart is Assistant Professor at California State University, Fresno, and a former by-fellow of Churchill College, Cambridge, UK. His previous works include a co-edited volume entitled The Foundations of the British Conservative Party: Essays on Conservatism from Lord Salisbury to David Cameron (2013) and George Pitt-Rivers and the Nazis (2015).
His new book, “Hitler's American Friends: The Third Reich's Supporters in the United States,” was published this month.
Join The Rob Burgess Show mailing list! Go to tinyletter.com/therobburgessshow and type in your email address. Then, respond to the automatic message.
I have a Patreon account, which can be found at www.patreon.com/robburgessshowpatreon. I hope you'll consider supporting in any amount.
Also please make sure to comment, follow, like, subscribe, share, rate and review everywhere the podcast is available, including iTunes, YouTube, SoundCloud, Stitcher, Google Play Music, Facebook, Twitter, Internet Archive, TuneIn and RSS.
The official website for the podcast is www.therobburgessshow.com.
You can find more about me by visiting my website, www.thisburgess.com.If you have something to say, record a voice memo on your smartphone and send it to therobburgessshow@gmail.com. Include “voice memo” in the subject line of the email.

Posted by The Rob Burgess Show at 7:42 AM